Le plus gros truc que j’ai lu depuis un temps.
Futur. Changement. Condition humaine. Pessimisme vs Optimisme.
“We live in capitalism. Its power seems inescapable. So did the divine right of kings.
[…]
And once upon a time, human civilization made other, similar assumptions. That no economy could survive the abolition of slavery. That no society could survive the enfranchisement of women voters. That the human race would go extinct in the face of reproductive autonomy.
[…]
[ask yourself]is the Singularity really a bigger change than the invention of insulin? Or the birth control pill? Or the microprocessor itself? Or the end of slavery?
[…]
As Oppenheimer said: The optimist believes this to be the best of all possible worlds. The pessimist fears this to be true.
[…]
But to imagine any kind of optimistic future, you must first believe that you have a future, period. You must believe that progress is possible.[…] If you have been set back from the arc of progress, if you have been separated from it by redlining, by predatory lending, by a lack of education, by an early unwanted pregnancy, by abuse, by overt discrimination or unthinking prejudice, then imagination is a luxury you can’t afford.
[…]
Nobody likes talking about the fact that Harry Potter financed his heroic resistance with inherited wealth.[…] And for some of us, myself included, the ability that was with us all along, the in-born talent, the feather that allowed us to fly, was little more than circumstance. […] When you are set on what John Scalzi has referred to as “the lowest difficulty setting,” your narrative is less about conquering adversity and more about meeting expectations. To whom much is given, of much is expected.
[…] 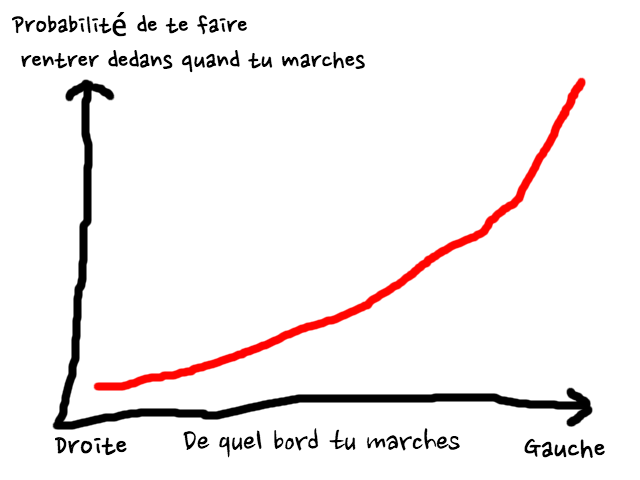 During an all-nighter, the walls of that “box” can break down, to your benefit.

Creators do not ask how much time something takes but how much creation it costs.

I’ve been using Prismatic as my news reader for a few months and it’s slowly winning over Flipboard, mainly for the quality of the feed it builds for me, based on my interests.

But it also has one nifty UI trick I hadn’t seen before in a mobile app. Although the feed itself is a simple list of stories, the app automatically anchors a story at the top of my screen when I stop interacting with the feed. This way, the title is always visible and you never end up with a cut paragraph at the top of your feed. Pretty neat. You can still scroll down multiple stories at a time with a longer throw, yet the feed will again anchors at the right position when it stops. 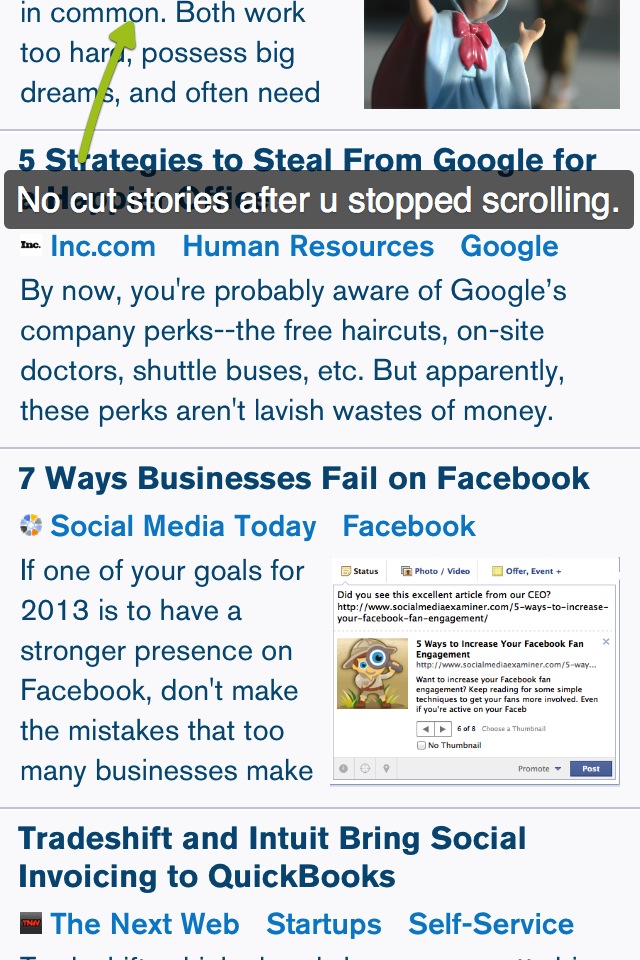 Many other apps could benefit from this trick.

A quote I hope to be able to say at least once over the next 12 months.

“Having completely fresh legs at mile 20 is a GREAT feeling, and I think that’s when I really decided to make a good run at it and try to build a lead.”

It’s my experience that artist communities are almost always camps because they appropriate space that nobody else wants (at the time), but by virtue of a creative progressive view of neighborhoods they create a demand from others that ultimately marginalizes them, so they are forever transient.

Caltech STUDY: What you see is what you buy – how a simple design trick affects consumer choices | EyeQuant Blog.